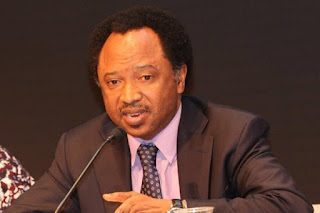 As the Kaduna State Government sent the bill to regulate religious preaching in the State to the House of Assembly, Senator Shehu Sani yesterday said the right to worship is fundamental and cannot be taken away by any government.


Speaking to Arewa Online Publishers’ Forum in Kaduna yesterday, the Senator said ‘’the right to worship is a fundamental right, it is a constitutional right, not only the State Assembly even the Senate or the National Assembly cannot throw out any law that is in conflict with the Fundamental right of the people. And both 1984, 1991 or whatever were under military regime. Whatever right you are going to make must not be in conflict with the constitutional rights of the people’’

Sani argued that ‘’ there is an established law against preaching and in-sighting people, if you preach and defame any one, there is an established law against defamation of character. No government can take away your fundamental rights, no institution of governance,  no governor, no President can take away your constitutional right, no legislature can temper with the fundamental right of Nigeria’’

‘’Nigeria signed The African Charter of Human Right, we also signed the Universal Declaration of Human Right, we are signatory to all these rights so we can not in any way undermine human rights. Dictatorship begins from regulations of Fundamental laws. Once you move towards regulating and raising fears to justify regulations already the raising blocks of tyranny has been set’’ he warned.
at 00:51:00