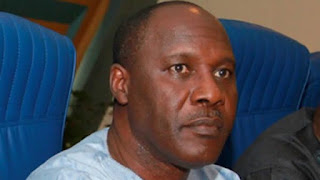 The Federal Government has amended the ‎charges of preferred against a former Minister of Niger Delta Affairs, Mr. Godsday Orubebe, before the Code of Conduct Tribunal.
The amendment which saw the number of the original counts filed against Orubebe reduced from four to one, has eliminated the charges bordering the acceptance of N70m bribe by the ex-minister.
Only one out of the two counts bordering on false assets declaration ‎in the former charges was retained in the new one.
Lead prosecuting counsel, Mr. Mohammed Diri, told the Danladi Umar-led CCT on Tuesday that the amended charge was dated March 7, 2016 but filed on March 8 (Tuesday).
He said the amended charge was filed in line with provisions of section 214 of the Administration of Criminal Justice Act, 2015.

Diri said it was served on the defence some moments before the proceedings began on Tuesday.
The lead defence counsel, Mr. Selekowei Larry (SAN), did not oppose the amendment.
The tribunal subsequently accepted the new charge and struck out the former ones.
The tribunal chairman also directed the fresh charge be read to the defendant.
‎Orubebe pleaded not guilty to the charge on Tuesday.
The prosecution alleged that Orubebe failed to declare his asset at 2057, Asokoro District, Abuja when he assumed office as Minister of Niger Delta Affairs on 29 June, 2011.
The offence was said to have flouted the provisions of section 15 of Code of Conduct Bureau and Tribunal Act.
Orubebe was initially arraigned on November 8, 2015 before the ‎fresh amendment to the earlier four counts.
Diri told the tribunal on Tuesday that he had three proposed prosecution witness‎ and intended to call them in one day.
He sought an adjournment to open the prosecution’s case.
The case was adjourned till April 7.
at 11:30:00