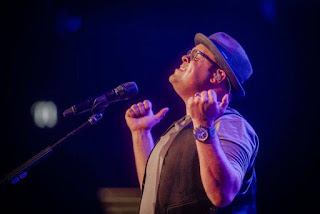 The news of another Divorce in Christiandom was received with a lot of frustration on my part when it hit me.  Isreal Houghton is among the world most respected Gospel artist
He is one of my favourites although my best still remains KirkFrankline .
The five time Grammy Award winning artist who announced his divorce on social Media recently was very plain with the truth .


Houghton asked for prayers and privacy as the couple handled their divorce
Houghton, known for songs such as "Friend of God", and the very popular "you are alpha and Omega" said the couple had been "working through this for over 5 years"."Although we tried, the challenges in our relationship have proven too much to overcome," he wrote. It is understood the couple have been seperated for a significant length of time before announcing their divorce

I will not make statements that have the capacity to denigrate a colleague who has become one of the casualties of a world where dwindling rate of morality has even eaten into the fabric of the church . And Infact I sincerely comfort him in this difficult time of his life.
Nobody can arrogate to himself capacities of impeccability as to sit somewhere and condemn a fallen hero especially a collleague.

However this spate of divorces from the Christian world is sending quite an execrable feeling of denigration and degradation .
I have always sighted some instances to my friends whom I discuss these issues with.
If our fathers and mothers who are unbelievers, Never had the Holy Spirit, didn't read the Bible and never spoke in tongues, Lived successfully as married couples sometime, till d glorious ages of 80s, and 90s, what excuses  do we have as believers for our inability to have successful marriages . It also means that the principles of successful marriages goes beyound undue over spiritualisation
There must be something wrong with this age.

Another most devastating angle to this albatross , is d fact that pastors are becoming the leading divorce victims in the world. Those who occupy the altars and ideally should be doling out laws of longevity for marriage and lectures like, "how to last in marriage" are the same people teaching us how best to divorce with scriptural backing. That brings me to a key issue of American Christianity.
Sincerely if you ask me what I think about American pastors, my candid opinion is that they have done both good and evil to the kingdom. They contributed a great deal to the spread of the gospel and they have also become the major bad influence in d world . And it is a pity that most African pastors now think that anything American is scriptural. Infact foundational gospel living should be sent afresh again to the USA.
The USA pastors bequeathed some of the unhealthy practices
That has now become the norm in Nigeria and other African country . And more are coming . I hear they now have gay Pastors, and gradually our detest for homosexuality is giving way to a passive acceptance.
Where is our message of " for better for worse? Oh! They have told us there is a way scriptures approve Divorce and more and more pastors and ministers are joining the list daily!  So if our pastors are leading in divorce why won't we their members join the queue.
This is a clarion call to all believers. Let the scripture be our standard rather than anybody no matter how highly placed.
at 08:53:00