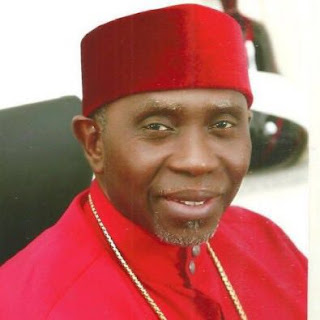 A full text of protest letter as presented by one Dr john Dan Fulani:

WE HAVE JESUS CHRIST'S ACCREDITATION AND GREAT COMMISSION
1. An executive bill titled" A bill for a law to substitute the Kaduna State religious preaching law, 1984” is before your honourable house. His Excellency's missions is to ban: First, "preaching using loudspeakers other than inside mosques or church and surrounding areas outside the stipulated area of prayer time"; second,all cassettes, CDs, flash drives or any other communication gadgets containing religious recordings from accredited preachers other than inside one’s house, porch, Church, Mosques and other designated place of worship"; third “religious recordings in which abusive language is used against any person or religious organisation or religious leaders (past or present)”.
2. Most of the content and intend of this bill collided with some basic ethos of my faith as a born again Christian. Saint Paul of Tarsus admonished followers of Christ in his first epistle to Thessalonians chapter 5:17 to pray without ceasing. Similarly prophet David danced using instruments sounding loud with sweet melodies. Consequent to these and other verses that gave us freedom as believers to worship everywhere and without ceasing, His Excellency's intention of restricting me to praying only in the church surrounding and other areas within stipulated prayer time will infringe on my right to pray without ceasing as instructed by one of the greatest evangelists in human history St. Paul of Tarsus. My faith has no number of times and places stipulated or designated for prayer. Prayer everywhere, anytime, whether loud or meditatively, with loud instruments or low Keyed ones; is a must to me and all living Christians.

3. On recorded material by accredited preachers, the Prince of Peace and the only way to salvation( Jesus Christ) in gospel according Mark 15:16 command us thus: go into all the world and preach the Good News to everyone". With this, every believer has been accredited to preach in all nooks and crannies of the world. As a heir to the kingdom and confirmed candidate of the last feast with God,Jesus Christ, Saints and other faithfuls(Luke 22:7-38) I can decide to use modern means of transmitting the gospel in CDs,cassettes, modems, flashes, and others he intended to ban anywhere and anytime. Since every true Christian has been accredited by Jesus Christ, no man is fit to squash that accreditation made over two thousand years ago through systematic banning of material created under inspiration of the Holy Ghost. Governments came and went(Including those of pharaohs) , so shall others will come and go(including the one proposing this bill), but words of Christ the savour shall stand till the end of ages. I better obey Christ's laws than obey any law made by man/men- even with a gun directed at my head.
4. Sections 38 sub-section 1, 2 and 3, and Section 39 sub-section 1 and 2 of the constitution of the Federal Republic of Nigeria of 1999 and other amendments thereafter are very clear on freedom of religion and conscience, and the right to express and transmit same to others. If the Executive Bill before the people's representatives is not strangulated or knife of justice place on its neck and head to the wall, it will run against these provisos of our constitution and other relevant global, regional and sub-regional protocols guaranteeing freedom of worship.
5. Honourable members must not to forget that in January 2016 Governor El-rufa'i through the state security council "decreed" that he will arrest and prosecute anybody who spew what he/they think is hate speech. I wrote expressing my reservations on the sincerity of the governor's intentions because his antecedence and history has rendered him morally bankrupt to embark on such crusade. Less the honourable members forget, a while ago, the new commander of anti hate speech retweeted a comment about Jesus Christ and Mary Magdalene, a hate speech that is beyond the forgiveness of people under grace. And made other social media updates that were a paragon of hate speech, but nobody said anything. The question is: is he a special specie in Nigeria permitted to live above the law by saying what he wants and others slaves with their mouths padlocked because of their social statuses in the society?
6. One must not be bestowed with Solomonic wisdom to project that the security counsel resolution of January 2016, and the bill before KDSHA will be like a combination of HIV and TB to freedom and liberty of the people of Kaduna State. There is no doubt that the passage of the bill will provide an opening for " a powerful man" like Governor El-rufa'i who believes his definition of truth in political matters "is divine" to hunt political opponents and voices of dissents. A democratically elected element who can tell people who don't agree with his idiosyncrasies and intuitions as truth to go climb a mountain and fall,a technical way of telling them to go die- can't and shouldn't be trusted with powers of overseeing and implementing the spirit of such a bill. The bill will be a weapon that will convert people to prisoners of conscience in Kaduna State. In fact, I see the prisons and police cells overcrowded with innocent citizens if this bill is passed by Honourable members of KDSHA.
7. I beseech the Rt.Hon. Speaker and his esteemed colleagues to suffocate this bill to death for history and posterity with immediate alacrity. Doing that will fortress mandates givers from abuses and negative consequences the bill will generate, now and in times to come.
8. You have assurances of my highest esteem and regards, please.
Dr. John Danfulani
Awon Village
Kachia LGA
Kaduna State
Johndanfulani@gmail.com
Jondanfulani@gmail.com
22/2/2016
Cc:
Mr. Nasir Ahmed El-rufa'i
Governor of Kaduna State
Sen. Danjuma Tellah Laah
Senator Kaduna South
All Members of National Assembly
From Southern Kaduna
All Chiefs of Southern Kaduna
Christian Association of Nigeria (CAN)
Southern Kaduna Peoples Union (SOKAPU)
at 21:44:00