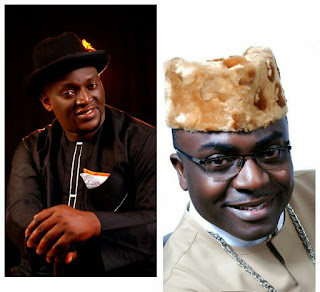 It was an avalanche of reconciliatory overtures at first consultative assembly of FOGMMON in Lagos today. First it was Asu Ekiye who announced that no one has attacked Sammie Okposo like him. He expressed his detest for sycophancy and parasitic tendencies and choose to speak out when he feels hurt. The Two gospel musicians who are always at loggerhead expressed a mind to work together for the good of the kingdom.
When Sammie Okposo came on stage, he declared that himself and Asu Ekiye had been arch enemies adding that by some coincidence all Asu Ekiye's friends and his friend but that both of them never liked each other. When Asu Ekiye came on board , he expressed the fact that he will not attack Sammie Okposo publicly again but still warning that if Sammie Okpos oversteps his bound again that he will still criticize him but that the criticism  this time will be more mature and brotherly and the crownd went berserk in excitement and appreciation at what Fogmmon can do in the lives of more artist. 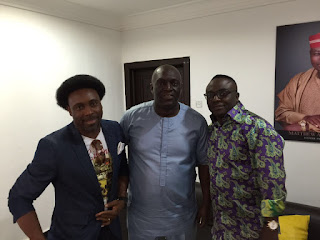 Moreover , while still reeling from the effect of that reconciliation, something dramatic followed. Lara Goerge was just on stage to make her comment on Fogmmon when from no where DJ  Gosporrella jumped out to the stage . The crowd was taken aback. He grabbed the microphone from her and began to apologize for keeping some grudge against her in time past for attitudes he felt was not acceptable to him .He assured that from this day he would change his attitude to her.  Lara George on her part took the apologies quit calmly and also responded positively to Gosperella . This was a beautiful scenario as the atmosphere and the mood of the  occasion was influenced by this overt apologies and expression of penitence. It was In fact a kingdom atmosphere . 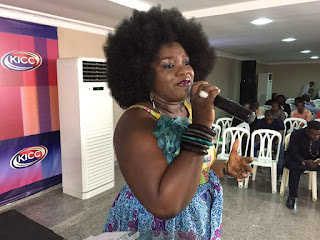 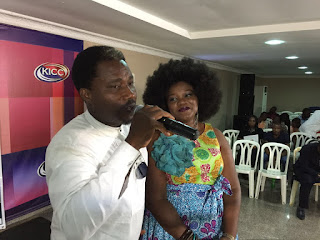