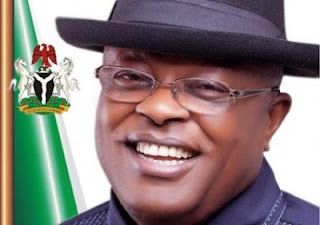 He made this known during a meeting with security chiefs in the state at the state Police Command. He further stated plans to implement laws that would restrict movement of cattles and other animals such as goats and sheep.

Umahi added that those who have been resident in the state for years as cattle rearers should henceforth pen their cows, and made it clear that nomadic rearing has become illegal in the state.