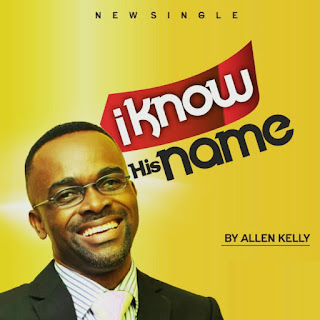 She was part of youth fellowship YOUTHPULPIT back in the emerging days of independent youth ministries in PHC. He led the choir to their first Music Concert at Hilltop Christian Centre. Had vocal classes that ran three months for free for several years. Led a choir of over 500 at one of  Reinhard Bonke Crusades, he was part of Umai Ukpai’s 1 million man crusade, and several meetings and conferences. In His youth service, in Mubi, Adamawa State. He tutored the NCCF music team to resounding successes though he wasn’t the music director, but his skillfulness earned him the respect to be the brain behind such an impact. Also tutored the University Students and Polytechnic students and held an impact concert with them. He gave them an  experienced like never before!

He served as Music Director for the Port-Harcourt City Mass Choir, put together by Rev. Christie Bature Ogbeifun, for over Seven years. He runs a worship ministry, HEARTS OF WORSHIP INT’L and has held several meetings(concerts/conference) such as The Worship Class, Worship and Prophecy, In SPIRIT AND TRUTH; THE WORSHIP OF JESUS CHRIST etc. His passion is to proclaim the “Worship as the obedience to the word of God”.  He has served as Worship Leader/Music Director in churches and currently worships in Just Jesus Assembly.

Allen kelly is a disciple of Jesus Christ known for His his intense  Worship Leading, this depth of scriptures that leaves the peopke edified. You really need to hear him! He has strong passion for the worship life of every local assembly!

His newest release I KNOW HIS NAME is born out of growing knowledge of Jesus and a deep sense to live in to the fullness of God in Christ. …John 1:12 to then that believe he gave them the power to become sons of God, even to them that believe on HIS NAME! If we know His name the fullness of God is ours because, “in Christ is the Fullness of the God-head bodily and we are complete in Him who is head of all rule …” His name is life His name is the blessing that erased the curse, demons tremble at His name, angels answer to His name, nature responds to His name, the earnest expectation of creation is for His manifestation, For this purpose He was manifested that the works of the devil might be destroyed. The sons of God have their bearing from Jesus, the Firstborn of all God’s creation, Captain of our salvation! Like Allen Kelly puts it in a line of the song,  “His name is life to me”, Question is, what about you?

CLICK THIS LINK TO ENJOY THIS BEAUTIFUL SONG:
https://my.notjustok.com/track/171010/allen-kelly-i-know-his-name#.WHuLCL1gxos.facebook
at 03:06:00