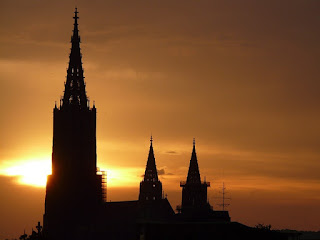 THE Word tribalism sends a certain specific signal to a lot of minds. But to attempt a brief analysis of what this means, it will be proper to post  a standard definition. And here it is.
Tribalism is the behaviour and attitudes that stem from strong loyalty to one's own tribe or social group.

Tribalism has become a scourge in Nigeria but then it was never a phenomenon outside the exclusivity of social and governmental circles. But the trend has gradually permeated the fabrics of once a sacrosanct environment; the church.

Africa has 3/4 of languages spoken in the world and yet Africa is the least developed continent of the world. So a tribe in itself does not accord intrinsic  benefits as it were to a people.  The gift of being endowed with heterogenous languages is gradually becoming a curse rather than a blessing . To be Favoured based on tribal considerations could pass for a normal practice  elsewhere. But to mention that word in the body of christ and even see it eat into the soul of our worship culture, is a product of how debased our values have become.
I have been a victim of tribal discrimination in our national life but to encounter this in a place of worship to me, is the greatest level of anticlimax in Christian practice .

Salvation was brought to man kind irrespective of our tribe, language or genealogy . When Paul was speaking to the Galatians in Gal3:28, He told them and I quote:  " there is neither Jew nor Gentiles, neither slave nor free, there is neither male and female, for you are all one in Christ Jesus.
In the Old Testament era, anybody that was not a Jew had no right to the blessings  of Abraham. But when Jesus came , he nullified that barrier. He said " I have reconciled the world with my father". So even the practice of New Testament dispensational  culture, there was no recognition of tribal affiliation.

But the Nigerian church is palpably segregated along tribal lines. And to me, this developement has assumed a pejorative and an anathematized dimension.

When I received the Lord in a church called Temple of deliverance Mission at No 14Court road , Sapele, Delta state in March 26th 1985, We did not know which tribal roots the pastor emanated from. It was such a liberal environment. Then later when in 1993, I started music ministry in Royal House of Grace intl Church Portharcourt as a music director, The Pastor, though from my tribe, did not distinguish between tribe and language. He treated everyone without bias. INFACT some of his Assistants and key leaders were persons of a different tribe. So I never knew  tribe could constitute an attraction  for preferential treatment in the things of God. All I knew was God,Jesus and the Holy Spirit.

However, the situation in Nigeria right now is a sad testament.  . This alone has tainted the sanctity of this divine order and has brought into disrepute the impeccable qualities of a truly reborn Christian assembly in our age and time.

In most of the churches in this country, it is difficult to see a General Overseer from tribe "A" having an assistant or a high profile leader from any other tribe. No matter your spiritual dignity, resourcefulness and anointing. In most of the churches , you must come from that tribe of the G/O to to be linked to some exalted  assignment. If you doubt it , go and do your survey. The nearest mega church is not far away . Or u employ your Google search engine.

Now tell me. Which gospel are we practicing? Do I call it The gospel of the Tribal Lords and Imperialist?
In most cases, tribal loyalty create sacred cows out of pastors and leaders who have broken the code of leadership and who should naturally be disciplined. Most times , those from other tribes are posted to struggling branches and the tribesmen and loyalists are compensated with lucrative postings. Infact in some other cases, pastors from other tribes who have labored to build great branches of churches Are suddenly reassigned to a rural branch just to help a kinsman take over.

Right here in Abuja where I live, a pastor of a very popular Branch of a mega church just resigned after laboring for many years to make this church the envy and cynosure of all eyes. He is from a tribe  different from the founder. He just opened his church some where in the city. It doesn't look like he left with excitement. And trust me, most persons from his tribe have migrated to his church. And news from the grapevine indicates that a younger pastor from the tribe  of the G/O is about to be posted to head this prosperous branch. However,  may I also acknowledge that sometime tribal cliques occur in organizations  as a result of the non-deliberate factors of  social, environmental and developmental realities. This is absolutely excusable . But it becomes an issue if this is a deliberate plot as is the case in many circles .

Now a particular tribe in the country of Nigeria is most guilty of this evil  even if it is found in other tribes. I call it an evil because it is alien to scriptural provisions. If the G/O is from that tribe, the tribal jingoists have a way of creating a barricade to fend off every other tribe from coming near.
So even if God is speaking to a "man of God", to give an assignment to a man from a different tribe , just because of his tribe, the voice of God may not matter. As strange as this is, this has become the norm rather than the exception. And this is eating into the fabrics of our brotherhood.
I find this a scary evil which must be uprooted.


As a believer,  should you relate to me on the basis of my tribe ? This is mostly irreconcilable. Any church with tribal politics has lost God whether they go about raising the dead every day or not, because God is a God of all tribes and The Holy Spirit dwells on men and women of all tribes . Break the siege of tribalism and see God move in more ways than you know in your church. The present church in Nigeria should be wary of any form of fragmentation syndrome because our enemy is so United .
at 23:58:00