Back to Base (Woekilemo) 1-3  is now Available World Wide with all your Favourite Niger Delta Gospel songs now available on your device worldwide. It is just a click away. You can get the full Album by simply Clicking on any of the stores Below: 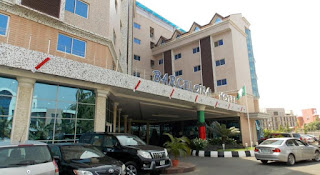 Barcelona hotel is one of the exquisite luxury hotels in Abuja. A four star facility With a 300 room capacity and a roof top Restaurant overlooking the city of Abuja.
Barcelona hotel prides itself as one of the main hospitality destination in the heart of Abuja city with several world class events hosted at its indoor facilities round the week.
This Christmas offer is an unforgettable Experience . From the 15th of December to the 31st of January, customers are to enjoy the biggest price slash ever offered in the industry.
The following promo offer are on going at The moment:

Pay for 5 Nights and get one free

LEARN A NEW SKILL AND INCREASE YOUR EARNINGS IN 2018!!!

ALL TRAINED MEMBERS ARE TO GET THEIR STARTING MATERIALS AT SUBSIDIZED RATES FROM THE COMPANY AT THE VENUE AFTER THE TRAINING. 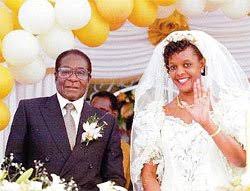 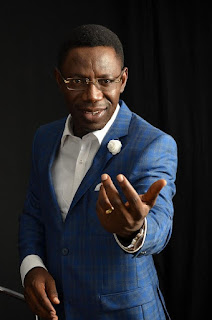 It is now official that Abuja has become a hub for Gospel music in a certain context and some key churches have been quite noticeable in this regard. Chief among such churches is the Transforming Church situated at the Gwarimpa axis of Abuja. This top notch, word Based and highly metropolitan church which stands as one of the most noticeable in the city of Abuja is putting together a first of its kind worship buffet for all music ministers and the general public. 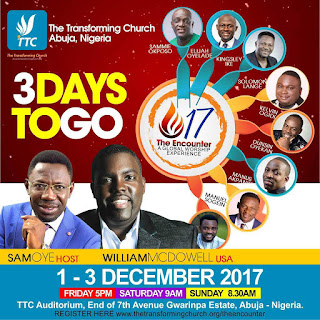 World renown worship leader, Pastor William McDowell from the USA and other Gospel celebrities from every part of the country have already kickstarted a most uplifting and highly electrifying worship event . The three day event which started yesterday Friday the 1st of December and to last till Sunday the 3rd of December is already creating a great revival in the city of Abuja.