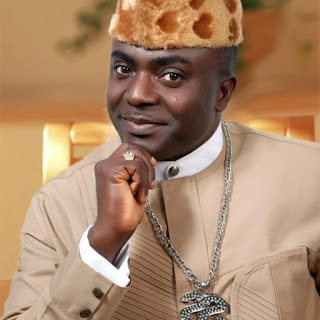 ASU Ekiye was born in the late 60s, a 7th child from an itenerant military officer, from Tuomor in Burutu Local Govt Area of Delta State and mum from Aleibiri in Ekeremor Local Govt Area of Bayelsa state.  He had his primary education in different parts of eastern Nigeria Bcs of various transfers and posting  of his father . His Secondary Education was at the Prestigious Hussey College WArri. Which he left in June 1984.  After 2year of vocational education in Stenography, he proceeded to the University of Science and Technology Portharcourt in 1988 where he obtained a Bachelor s Degree in Accountancy. After the mandatory Youth Service as a lecturer in accountancy at Ramat Politechnic Maiduguri. He enlisted in a Firm of chartered Accountants and Practiced as an external auditor having registerd as member of the Institute of Chartred accountant of Nigeria ICAN in 1995.
He left there for greener pastures and served as a Finance Executive in EPIC, a company in the oil service sector. It was from there he gave heed to the call to Music Ministry.

He has released 4 musical projects. Back to Base 1-3 and Seiyo. He has had several international performances and has performed along sides such world greats like Kirk Franklin, Donnie Mckurkin, Cece Winans, Isreal Houghton, Don Moen, Martha Munizi  and many more.

He is a two time , back to back Recipient of the Channel O Awards organized in Johanesburg South Africa as the Best African Gospel Artist. He has also won numerous awards in Nigeria as gospel Artist of the year.

Asu Ekiye is the current National and International President of FOGMMON, the fellowship of Gospel Music Ministers of Nigeria with branches all over Nigeria and abroad.

He sits atop a consultancy firm as the CEO/Managing Director. Babcon World Consults . They have handle youth numerous consultancy projects including A Youth empowerment project on behalf of the Federal Government of Nigeria and is now neck deep in efforts to develop musical talents in Nigeria..
He is signed as an artist under the Babcon Label.

Asu Ekiye is married with children and is presently based in Abuja.