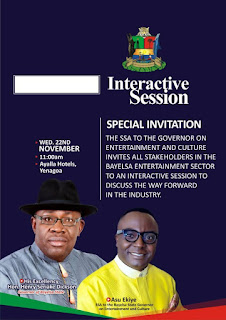 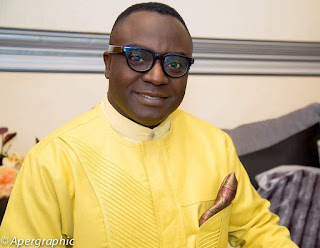 He has expressed the intention of the Seriake Restoration Government in creating a better environment for the prosperity of entertainment based talents in Bayelsa state.
He recently spoke about the intention of the Governor to develop music talents Thro a world Class music school, A Bayelsa entertainment Renaissance, promotion of home grown talents, creating a special Bayelsa Entertainment Awards, developing a special anthem for Bayelsa state , combined with a proposed tour by the SSA himself of schools in all the Local government areas of the state to promote the cultural values of the Ijaw people and Imbibing that consciousness
In the early age of Bayelsa Children.
It is based on the above plans and other projections that
the Bayelsa entertainment Stake holders parley is being organized. The event takes place at Ayalla Hotel in YENAGOA on Wednesday the 22nd of November 2017. At 11am.