ASU EKIYE RE-IGNITES A NEW FIRE OF MUSIC FROM BAYELSA 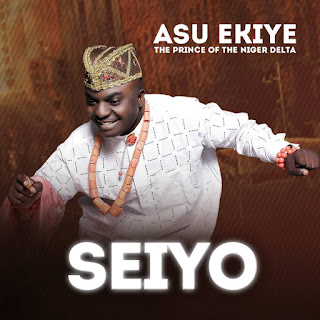 All is now set for Asu Ekiye, popularly called the Prince of the Niger Delta to release another culturally garnished gospel music album.
The musician who also doubles as the Special adviser to the Governor of Bayelsa state on Entertainment and Culture has put finishing touches to preparation towards droping a rich rythmic and melodic assemblage that is set to put smiles on the faces of his teaming fans who have waited for quite a while to enjoy another bumber release.
By some deliberate orchestration, the release is to hold on the 14th of October which is the Birthday of the the Prince as he is popularly called.

Asu Ekiye is one musician known for singing more of his original songs in major events as opposed to the current trend of selecting popular songs and churning out recycled choruses to apeal to popular taste.
The multi award winning artiste has expressed his intention of delivering tunes original to him to a mixed crowd with a massive Ijaw presence at the heart of YENAGOA Bayelsa state.
Discussing with out team of journalist, he expressed so much excitement at the reality of releasing another album which will showcase his dual musical capacities.
According to him , "SEIYO" in Ijaw mean dance. It is my intention to revive the dance gospel music which has given way to worship/slow genre for the past couple of years in the country." Although the album also has a section wholly dedicated to cultural worship . 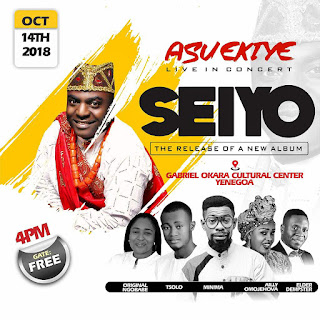 The concert has a deliberate line up of artistes who have recently released collabos with Asu Ekiye, like Ailly Omojehovah, Original ngobabe, T solo and Elderdempster, making it a wholly bespoken concert highlighting solely Asu's musical originality and richness..
It is being rumored that the entire State comprising of politicians , civil servants, the clergy, socialites, private business men and women, students, churches etc are in expectant mood to throng the prestigious Gabriel Okara Cultural center to watch one of the most celebrated gospel musician of our time who happens to be their kinsman an Ijaw man from Bayelsa state. 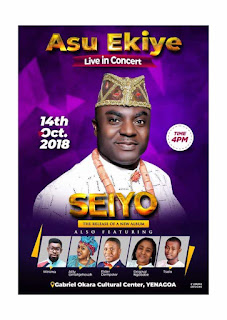 Asu Ekiye who has had massive international performances in Europe, Canada, USA, and parts of Africa has performed alongsides such world greats like Kirk Franklin, Bebe and CECe Winans , Donnie Mclurkin, Don Moen, isreal Houghton, Dr Panam Percy Paul, Alvin SLAUGHTER, Martha Munizzi and many more. It promises to be an unforgettable experience .. 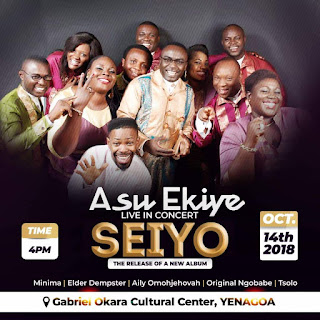