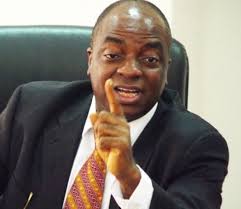 “The PFN is concerned at the contention and controversy that have attended the revised Basic Education Curriculum, especially the unnecessary collapse of Christian Religious Studies as part of an omnibus subject known as Religion and National Values. “We note the explanation by the NERDC on some of the issues raised. “However, the PFN maintains that whatever the case, there is really no need nor is there any justification for the needless confusion and uncertainty the NERDC has created which has opened up the implementation of the curriculum to the whims and caprices of people with vested interests who want to impose their religious preferences on pupils.

Collapsing CRS as only a part of Religion and National Values forecloses the opportunity of the subject being studied at the tertiary level by students who might so desire and this is unacceptable to us.”
at 09:44:00