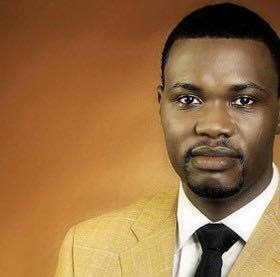 In a rare gathering of some of the best in the music ministry in Lagos, today's consultative assembly of music ministers was a show of camaraderie while also passing for a convergence full of glitz and glamour.
It was unthinkable for such a galaxy of gospel stars to be together in one meeting at a time. Name them, Asu Ekiye, Samsong, Ann Inyang, Sammie Okposo, Buchi, Lara George, Anny Love, Tosin Martins, Skid Ikemefuna, Praise Machine, Nosa, Gosperrella, Joe Tu Nekaro and many more .
Before the 12noon take off time, the hall of the prayer Dome of KICC Maryland Lagos attracted enthusiastic musicians flocking to witness the arrival of the most anticipated  gathering of music ministers in Nigeria.

FOGMMON was so much on point . The hall was aesthetically world class! The mood was spiritual and the air was full of expectation and excitement.
The meeting was heralded by an opening prayer by Godswill atounye, who sang and prayed in power . After the introductory activities, a video that recorded felicitations from state chapters of FOGMMON in Nigeria and in d USA was played. Then the hall became alive with so much hope of the arrival of a rallying fellowship for all music ministers .
When Samsong The National Vice President Spoke, he was passionate and full expectation at the next level of FOGMMON. When he brought in Asu Ekiye the National President to offer his inaugural speech, it was then the hall acknowledged that "Fire" had come to Lagos. The speech was full of high language and as well high electricity.  Then it was time for Sammie Okposo.
He came on stage paying glowing tribute to the person of Asu Ekiye and commended the FOGMMON initiative . In his words, he had looked forward to seeing such a vibrant fellowship having a root in Lagos. He offered his full support to FOGMMON and enjoin all music ministers to join hands to build this fellowship .
The MC Mr Gson Ebuka was at his quintessential best and to ice the day, Ebele, the flutist gave a very powerful flute rendition while Tony Adoki took the hall into  a concentrated worship session before then.
The high point of the day was when leaders were to be elected. The atmosphere went tense. Because nobody knew what to expect from a house full of stars. But the National President , Asu Ekiye took every one by  the jugular, he announced a surprise leadership Council to be led by Tosin Martins untill proper elections are held in Lagos.  The Leadership council made up of people like Godswill, Ahide Aadum, Mike Abdul, Anny Love , Praise machine, Edward Orobosa, Gson Ebuka, Amarachi Ekigwe Etc was a divinely created appointment of vibrant leaders.
Alternatively , another set of leaders led by Sammie Okposo, to be called executive overseers, were to advice the leadership council.  The group made up of Ann Inyang , Aity Dennis,  DJ Gosperrella, Joe Tuu Nekario, Skid Ikemefuna, Buchi, Kenny Saint Brown etc were to act as the elders council of FOGMMON Lagos.
The President Asu Ekiye also announced that July 3rd is the date stipulated for the official inauguration of FOGMMON Lagos where the body of Christ Led by Bishop David Oyedepo, pastor E A Adeboye, Pastor Paul Adefarasin , Bishop Mike Okonkwo,  pastor Tunde Bakare, PST Chris Oyakhilome etc would be expected to grace the occasion . 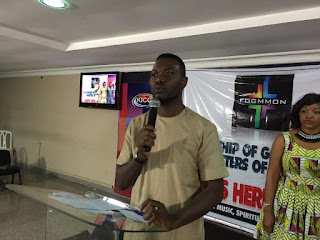